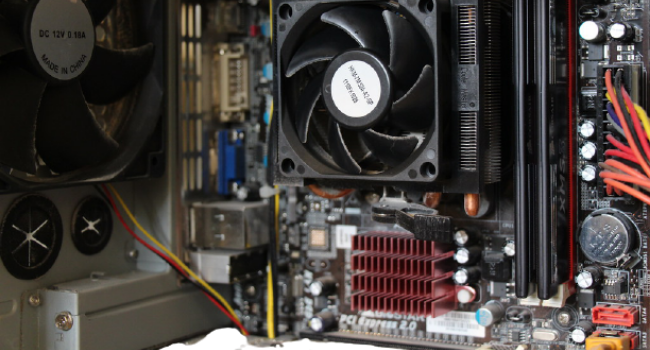 Anyone building themselves a PC for gaming will come across the question of is a CPU cooler necessary for gaming, better yet if a stock cooler is enough or if an aftermarket cooler works better. These terms may sound common to some and not to others. So if these words seem unfamiliar and confusing, let us start from the basics and first understand what a cooler does and what happens when you are not using a cooler.

What is the Job of a Cooler?

As the name suggests, a cooler keeps the temperature of your CPU at an optimum and prevents it from overheating or getting too hot. If a CPU temperature goes above a certain heat level the CPU will have a thermal throttle causing the CPU speed to decrease which will lead to a drop in the FPS (frames per second) and in-game stutter. This will make the gaming experience quite bitter and not as enjoyable as someone would hope it would.

Another reason why a CPU cooler is important is that it increases the longevity of the CPU. If a CPU constantly overheats, the CPU will slowly become defective which may end up stressing and damaging the internal parts of a CPU including the circuit, resulting in having to buy a new CPU every few months.

Now let us talk about the differences between stock coolers and aftermarket coolers. A stock cooler is a bare minimum of what your CPU will need for it to not overheat, catch here is even with a good budget CPU stock cooler you might not be able to overclock your CPU without it struggling.

For those that do not know what overclocking is, it is a manual way to increase and push your CPU speed to its maximum. This requires a better cooling system as the CPU will end up being very hot when overclocking is done.

Most PC gamers and builders would suggest an aftermarket cooler as this provides more longevity. Plus, if anything happens to the cooler you can always claim a warranty, causing less of a headache in case the cooler ends up having any issues.

Firstly you have the traditional air cooler. Being on the low-budget side of the cooling gadget spectrum provides students and beginners with great results. An air cooler aims to diffuse the heat from the CPU, with the help of copper tubes, onto the metal flippers where the fan blows out air to cool the flippers and redirects it into your case. The larger and open surface area allows the heat to evenly spread out and be reduced.

With the simple design using a single mechanical element in use, if you ever face a malfunction it is going to be super easy to find out and fix the problem area. Air coolers also take a short time to install, as well as have the plug and play functionality. If you are hesitant to put a liquid cooling system into your brand new CPU, air coolers are the way to go. Some air cooler types include slim coolers, tower coolers, low-profile coolers, and top flow coolers.

Up next we have the AIO or all-in-one coolers which are a bit expensive but get the work done stylishly and less noisily. The name pretty much says it all, this cooler gives you an all-in-one option where you get the advantages of mostly everything.

Along with the easy plug and play option, this also comes with built-in units of pipes which are used to pump the hot coolant coming in from the chip taking up the heat from the CPU and forwards it to the radiator where the fan cools it down and sends it back to create a loop.

With experiences from summer vacations at the beach, we know that water can cool an object down much faster than air. So with the AIO cooler keeping your CPU cool for as long as it is on, this beast can handle high rate FPS games with an even higher overclocked CPU like a piece of cake. Even a server CPU can run like butter with an AIO cooler.

If you are comparing the two types of coolers mentioned, it will benefit you to know that air coolers are cheaper and easier to install while AIO coolers are quieter and cool the CPU faster and keep the temperature down more effectively even with high CPU functionality.

With that, let us look at some frequently asked questions.

Should I get an aftermarket cooler?

The answer to this heavily depends on what you expect from your PC. If you are looking to push the CPU speed to its maximum and function without interruptions, an aftermarket cooler is a must. Using a stock cooler and overclocking will result in stressing your CPU which will eventually damage it in the span of a few uses.

Which cooler will be best for me?

Jot down your requirements such as budget, overclocking capacity, optimum temperature, etc., and match them to the written piece. Surely you will find a cooler perfect for you, if not here then in the vast web. There are tons of options to choose from!

The FM2 processors are compatible with the AIO cooler Depends on what cooler you plan on purchasing but most are. Make sure to have a look at the processor heatsink system and radiator space in your case before you make a solid purchase. It will help you to know that while AM2, Fm1, and AM3  CPU sockets pins are diverse, their heatsink systems are not.

After reading this written piece of work, if you are still finding yourself asking “is CPU cooling necessary?” Well, the answer, in short, is yes, yes, and yes. Not having a CPU cooler may result in overheating the system which in time will damage the circuits and the CPU.

If you have put your heart and effort into building your PC, you do not want to ruin all your hard work by falling short of just one component. The damage may even set you back in budget! Install a compatible cooler according to your necessities and your PC might just thank you for it with great performance, all while keeping it cool.